For their achievements in the development of messenger RNA (mRNA) for preventive and therapeutic purposes, biochemist Katalin Karikó and physicians Özlem Türeci and Uğur Şahin will receive the 2022 "Paul Ehrlich and Ludwig Darmstaedler Prize". The prestigious 70-year-old award is the second to be shared by the three leaders of BioNTech, a key company in the fight against Covid-19 disease.

Germany's most prestigious medical science award goes jointly to the three executives of BioNTech. Katalin Karikó, who graduated as a biologist and earned her PhD in biochemistry at the University of Szeged, has been working as vice-president for eight years with Özlem Türeci and Uğur Şahin, the Turkish-German couple who studied medicine in Germany and later on founded their own biotechnology company. As a result of their collaboration, mRNA-based technology is becoming a therapeutic "magic bullet" in the fight against human diseases.

„mRNAs are messenger molecules that carry genetic information from the DNA in the cell nucleus to the ribosomes in the cytoplasm, where they instruct protein synthesis. In this way, genetic information is translated into biological function." – describes the Paul Ehrlich Foundation and the Goethe Universität Frankfurt in its 21 September 2021 press release, providing a guide to understanding the background of the scientific recognition.

Katalin Karikó's dedication to her goals during the dominance of DNA research in the 1990s is an example of her commitment to science. She overcame many obstacles during her 24 years as a researcher at the University of Pennsylvania to discover how to blunt the body's own defense response against synthetic mRNA and, as a result, how to significantly increase intracellular protein production.

Uğur Şahin and Özlem Türeci have a background in cancer research and vaccine development. Since the mid-1990s they have worked at the medical schools of Hamburg/Saar and Mainz. They began to optimize the structure of mRNA molecules so that it could be inoculated as a cancer vaccine. They altered a variety of structural components of mRNA with extreme precision, thereby significantly increasing both its intracellular stability and its translational efficiency. BioNTech has made significant progress in the clinical application of cancer vaccines, including the development of suitable lipid nanoparticles as transport vehicles.

The two research directions were linked in 2013, when Katalin Karikó joined BioNTech. Modified mRNA molecules that do not cause inflammation are essential for the rapid development of protein replacement therapies and vaccines against SARS-CoV-2. The development of vaccines against Covid-19 disease has accelerated the creation of an mRNA-based technology platform that – like a "magic bullet" - is triggering a paradigm shift in certain areas of medicine. This joint achievement will be recognized with the "Paul Ehrlich and Ludwig Darmstaedler Prize" by the Scientific Council of the Paul Ehrlich Foundation, whose decision was announced on 21 September 2021 in Frankfurt. 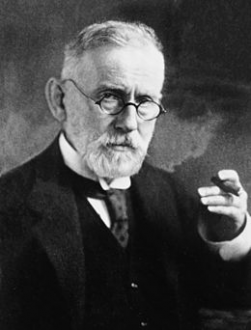 The "Paul Ehrlich and Ludwig Darmstaedler Prize” has been awarded since 1952. It is named after the tireless researcher and 1908 Nobel Prize laureate Paul Ehrlich (1854-1915), and the chemist and historian of science Ludwig Darmstaedter (1846-1927). Paul Ehrlich, also known as the „founder of chemotherapy”, was the first pharmacist to use the term „magic bullet” and his postulate inspired generations of scientists to develop effective molecular cancer therapies. Of the 128 scientists who have been awarded the "Paul Ehrlich and Ludwig Darmstaedler Prize", 25 have also received the Nobel Prize. Among the researchers who have received both recognitions are biochemist Ada Yonath, and immunologist Peter C. Doherty, both having professional relationships with the University of Szeged, and Jennifer Douda, who wrote an article about Katalin Karikó in TIME Magazine’s list of the world's 100 most influential people. The SZTE alumnus will be the first Hungarian researcher to receive the „Paul Ehrlich and Ludwig Darmstaedler Prize”. The award, which is currently endowed by 120,000 euros, is expected to be presented to the three researchers who developed the mRNA therapy on 14 March 2022, Paul Ehrlich's birthday.

Germany was not the first country to recognize the BioNTech team. On 23 June 2021, it was announced in Oviedo, Spain, that seven scientists involved in the development of approved Covid-19 vaccines, including Katalin Karikó, Özlem Türeci and Uğur Şahin, will be granted the Princess of Asturias Award for Technical and Scientific Research on 22 October. This award is considered to be "Spain’s Nobel Prize".