In the latest Quacquarelli Symonds (QS) World University Rankings, the University of Szeged is ranked 551-560. This makes it the best university in Hungary.

Quacquarelli Symonds (QS), one of the world's leading higher education rating companies, has been ranking higher education institutions worldwide since 2004. The latest ranking (QS World University Rankings 2022), published on 8 June, which is their largest ever, includes 145 new entrants, an increase of around 100 compared to last year. 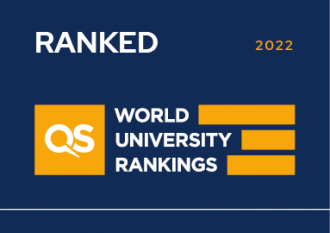 The entry requirements for the global ranking are: teaching activity at multiple levels of education, diversity of disciplines, internationally visible publication activity. Of all the institutions that meet these requirements, 1300 - nearly 300 more than last year - were ranked in the world ranking, which is based on six criteria. The major one is the academic reputation of the institution, with a weighting of 40%, followed by the employer reputation, with a weighting of 10%. The faculty / student ratio, and the number of citations per faculty were also assessed, with a weighting of 20% each. The last two criteria are the International faculty ratio and the International student ratio (5% each).

The excellent teaching and research activities of the University of Szeged are demonstrated by the fact that almost all ranking criteria received a higher score than last year. The institution's employer recognition has increased significantly, while the strongest indicator is the proportion of international students.