Hungarian-French-American inter-institutional co-operation starts with the leadership of the SZTE, on the basis of an international consortium. It is established to develop a procedure for easier handling of nuclear waste. László Palkovics, Minister of Innovation and Technology announced that the Hungarian government is supporting the project as a national research program with HUF 3.6 billion.

As Prof. Dr. László Rovó, Rector of the University of Szeged, stated the project coordinated by the University of Szeged has a historical significance in science. ‘The cooperation worldwide is of paramount importance, as the management of nuclear waste is crucial for the future of mankind’ – and he added that, as the best university in Hungary, the leadership of SZTE is constantly striving to be at the forefront of the world in both education and science and innovation, and to provide its researchers with a good background for top-quality scientific work. Not only does the science, technology and industry park built around the ELI laser research centre, or the Hungarian Centre of Excellence for Molecular Medicine provide an excellent foundation for these, but also the current collaboration. 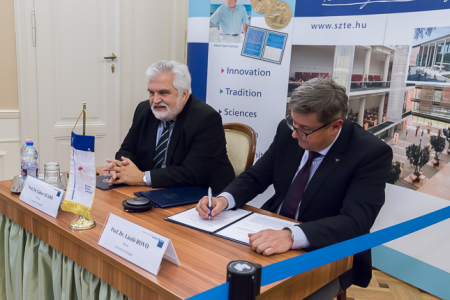 The storage of long-life components is a particular challenge in the management of nuclear waste. For materials with a half-life cycle less than 100 years the process could be considered as resolved. The problem is the safe placement of materials with a much longer half-life, and this can be achieved by means of so-called P&T (partitioning and transmutation) procedure. During partitioning, the different components of nuclear waste are separated and then the long half-life components are transformed by transmutation. The material is exposed to, for example, neutron irradiation, which results stable or rapidly degrading cores.

’Alchemia-like but functional transmutation is not a new idea; it has been known for decades that with this procedure the treatment of radioactive waste becomes significantly easier. But the functional transmutation is close to impossible, since the necessary neutron is can only be produced in nuclear reactors or with the help of accelerators. Therefore the key question is whether a significantly cheaper, easy-to-manage neutron source could be developed’ - said Prof. Dr. Gábor Szabó, professor at the University of Szeged. Gerard Mourou, who was awarded the Nobel Prize in Physics in 2018, developed a proposal with Toshiki Tajima that would eliminate this obstacle with a laser-accelerated neutron source. The University of Szeged will also participate in the practical implementation, which may be a breakthrough in science history. 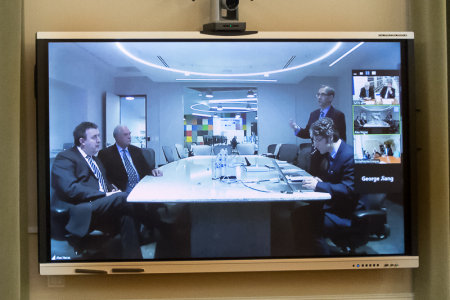 László Palkovics, Minister of Innovation and Technology, said: ‘According to computer simulations, the laser system of the ELI-ALPS Research Center in Szeged is the best way to perform demonstration experiments. Therefore, the Hungarian government has decided to support the development of a laser neutron source for transmutation as a national research program for three years with a total of 3.6 billion forints. For the successful implantation of the project, the University of Szeged has been commissioned to establish an international consortium to coordinate the project.’

To assist the developmental process a Memorandum of Understanding was signed on the 5th of April by Ecole Politechnique from Paris, by TAE (a company based in California) and by the University of Szeged. This document serves as a framework for the successful implementation of the project and for involvement of further co-operating associates.